I would like to attach a filter of internal extensions in a outbound route instead of a PIN. 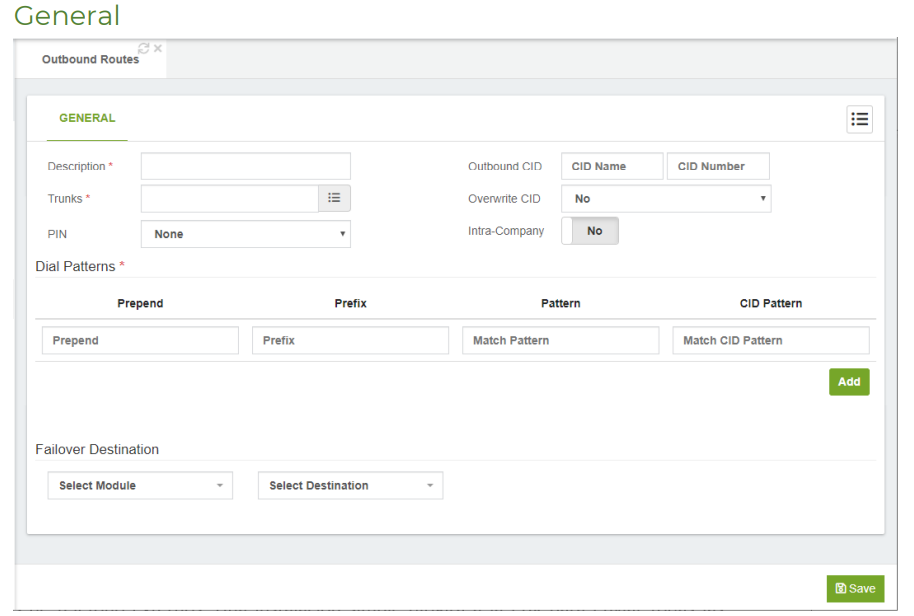 The users can share the PIN code, and with it, all the users that know the PIN can make calls for the trunk with that PIN, in my case is the trunk for internacional calls.
If it is possible to add a filter of internal numbers that can be allowed is more secure.
Do you know any other options similar that can do that?

Do you know any other options similar that can do that?

This is the correct way how it is done.

I tried to call to an external number (13055605776) from two internal different numbers, one that is int the filter that I had configured and the other not, but without successed.

This is the list that I have from internal numbers that can make calls to international numbers: 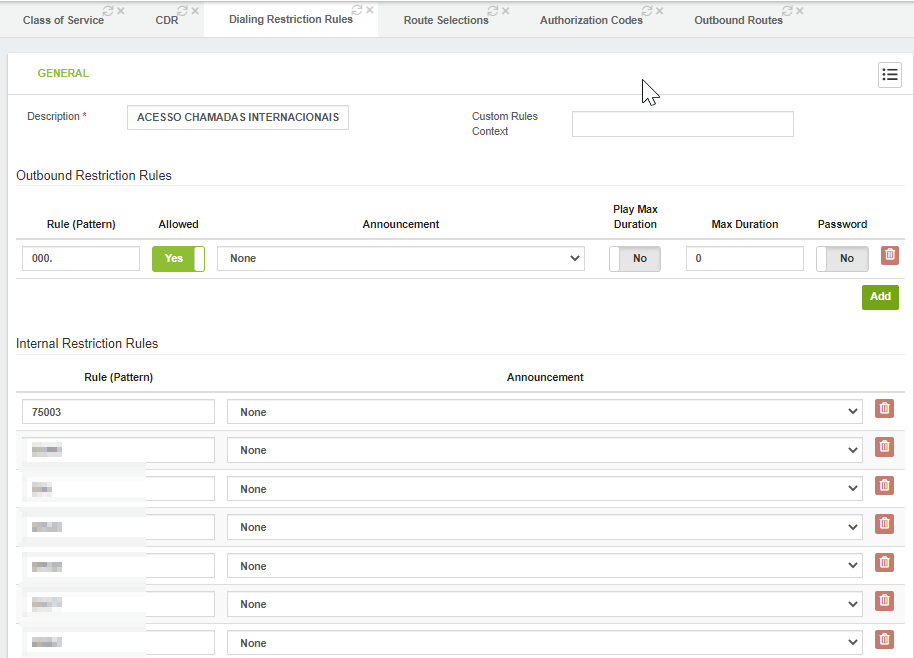 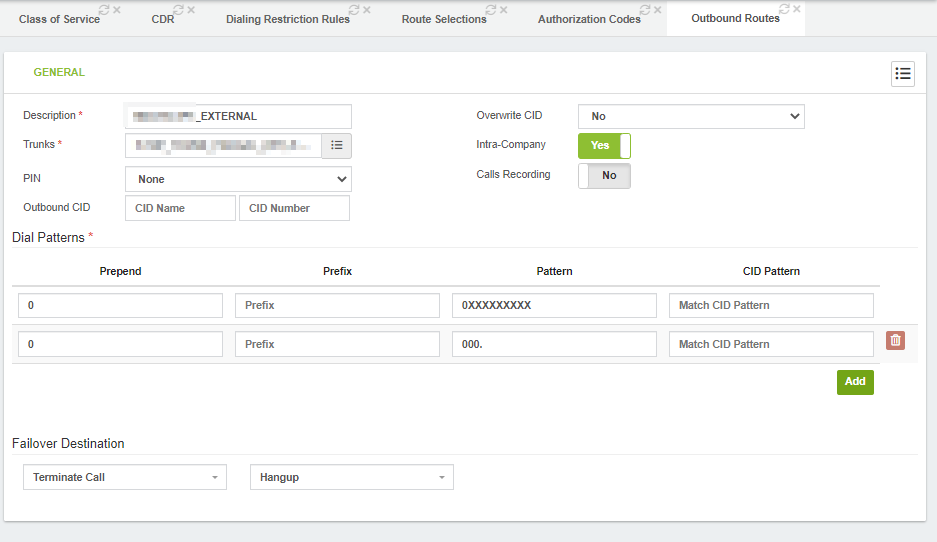 You need to put the extensions in the respective COS.

Then set the COS for each extension.

It is possible to create just one Class of Service (COS) to internacional calls?

We have abouve 2000 internal extensions and just want that 30 internal random extension, not sequential, can make internacional calls.

Sure you can do that. Add those 30 extensions to the COS that allows International Calls.

Out of curiosity. What is your server’s hardware specs that you are running 2000 endpoints on?

Just one question about this point:

After I created the COS, for Internal extensions and Internal Country Numbers, we received the sound message, acess deny:

This is my Internal Extensions and Internal Country filter: 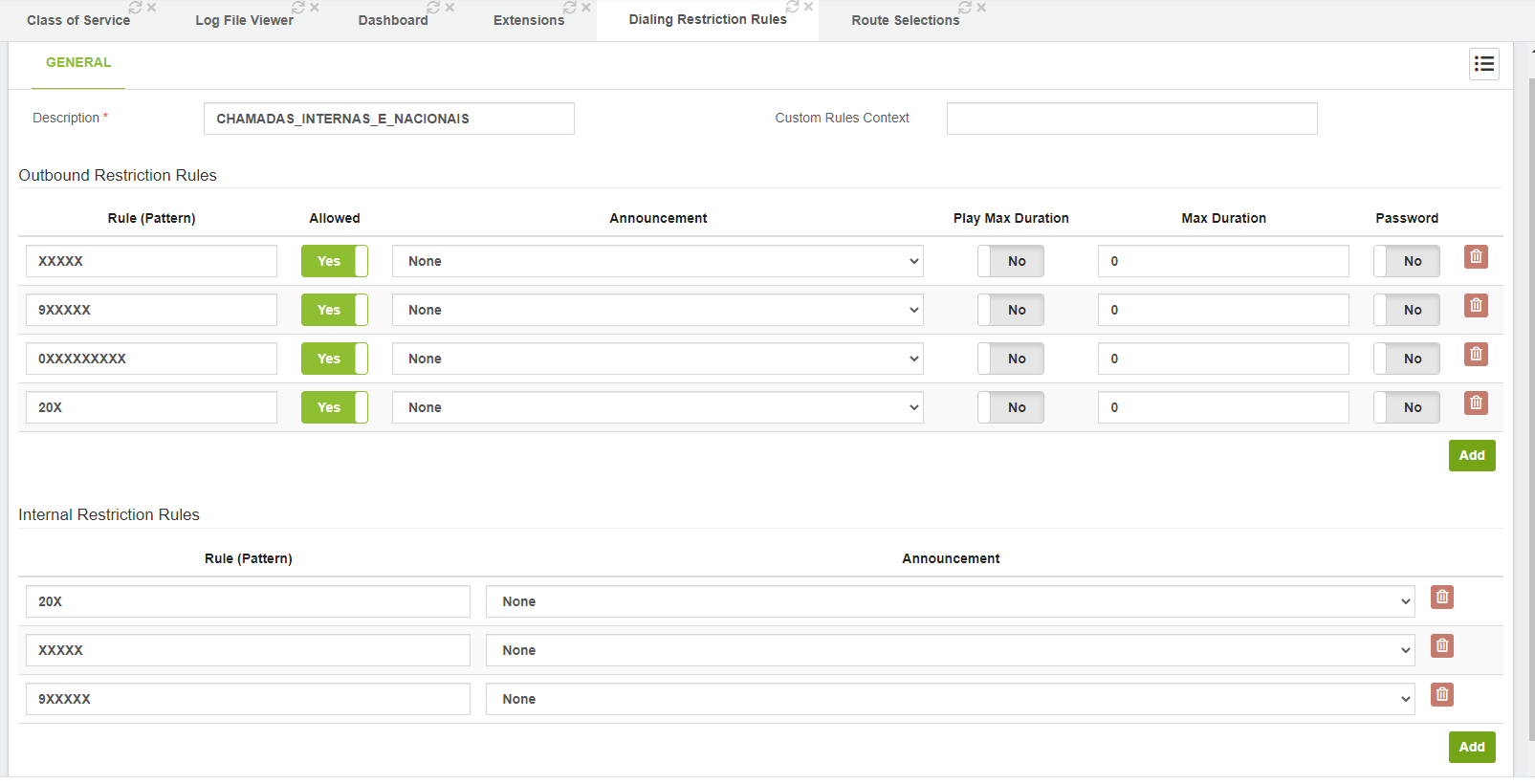 If I have assigned to my extension: the internacional COS, without any filter, works without problems:

What could be the problem, if I have the booth range allowed: 20X and XXXXX?

Thanks for your attention.

Then upload each file to pastebin and share both links 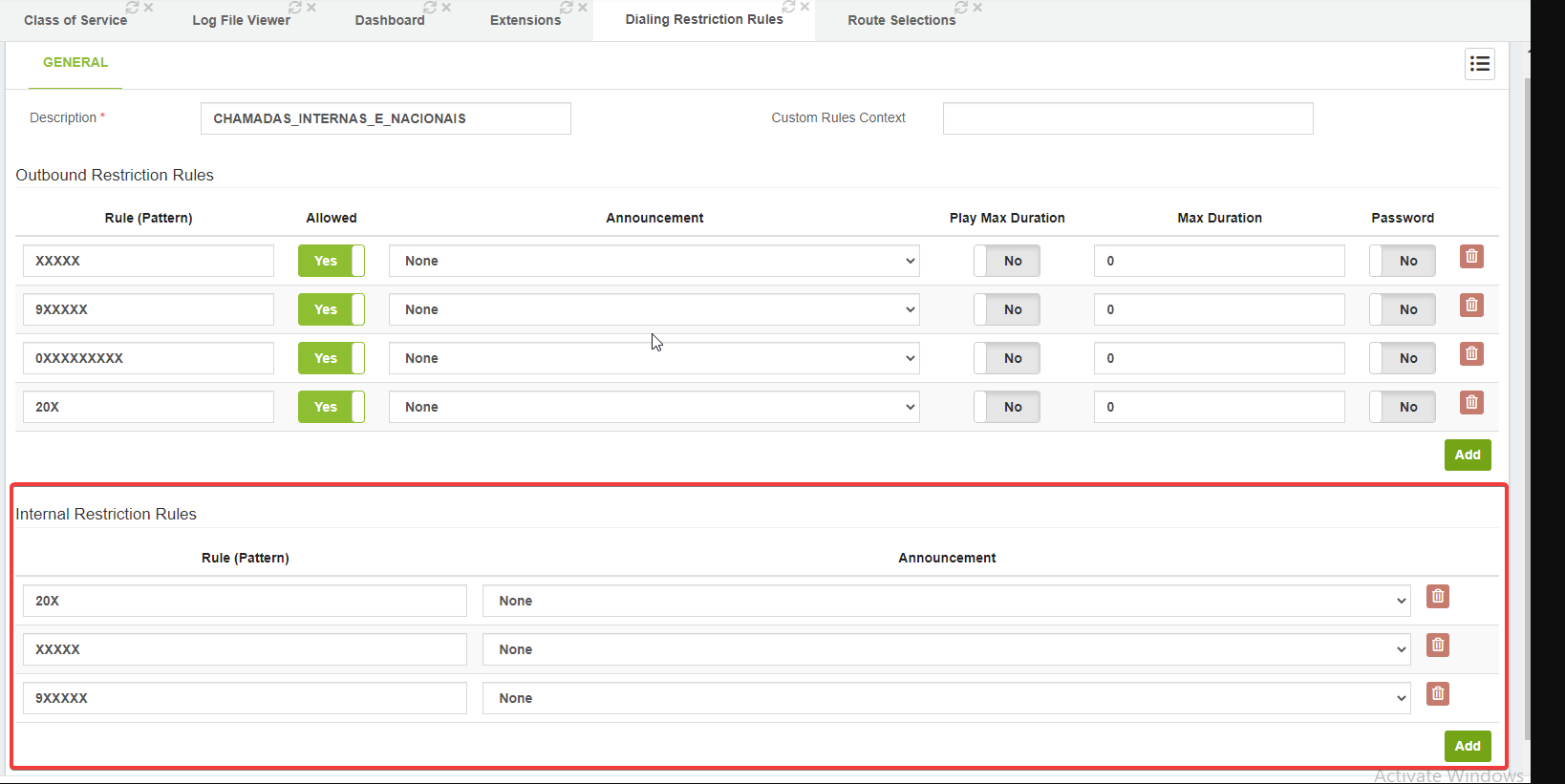 Is a block list (source). Remove those and you should be good.

Unrelated. Seems like your logrotate is messed up, or you have grepped through more than one file. In both links you posted there’s 3 calls…

I changed the destination.

I had a ring group to final number with terminate call with outbound route to the destination and after create a custom application with the number and the outbound route, it work’s withou problems.