We have VitalPBX 4.0.0. R7 with the lastest version of SONATA STATS already installed and set up. After updating to the latest version Sonata Stats gave us the setup screen. During the update process I did see some message in which was mentioning the SONATA STATS, but could capture any screenshots. This would be in the logs, right? Which ones can I provide

Now since the SONATA Stats is giving the set up screen asking the for root password, even typing the correct one does not help, it says that failed to established connection. I like I mention we have SONATA Stats set up.

This happened to me in to different systems, one just updated only the SONATA Stats add-on and the second time just now updating 4.0.0 R7 to 4.0.0 R8

I remove the file you asked.

Now it pass the databases and pbx settings, but in the report settings it gave us a flag of “server error” and this is no listing on the timezones.

I have another system that I need to update R7 to R8 and it SONATA STATS installed and set up with users , permissions, agents sync, and see what happened.

For the moment the current system in my office after doing the command,
rm -f /var/lib/sonata/stats/wizard.conf

I click on the SONATA Stats option on vitalpbx 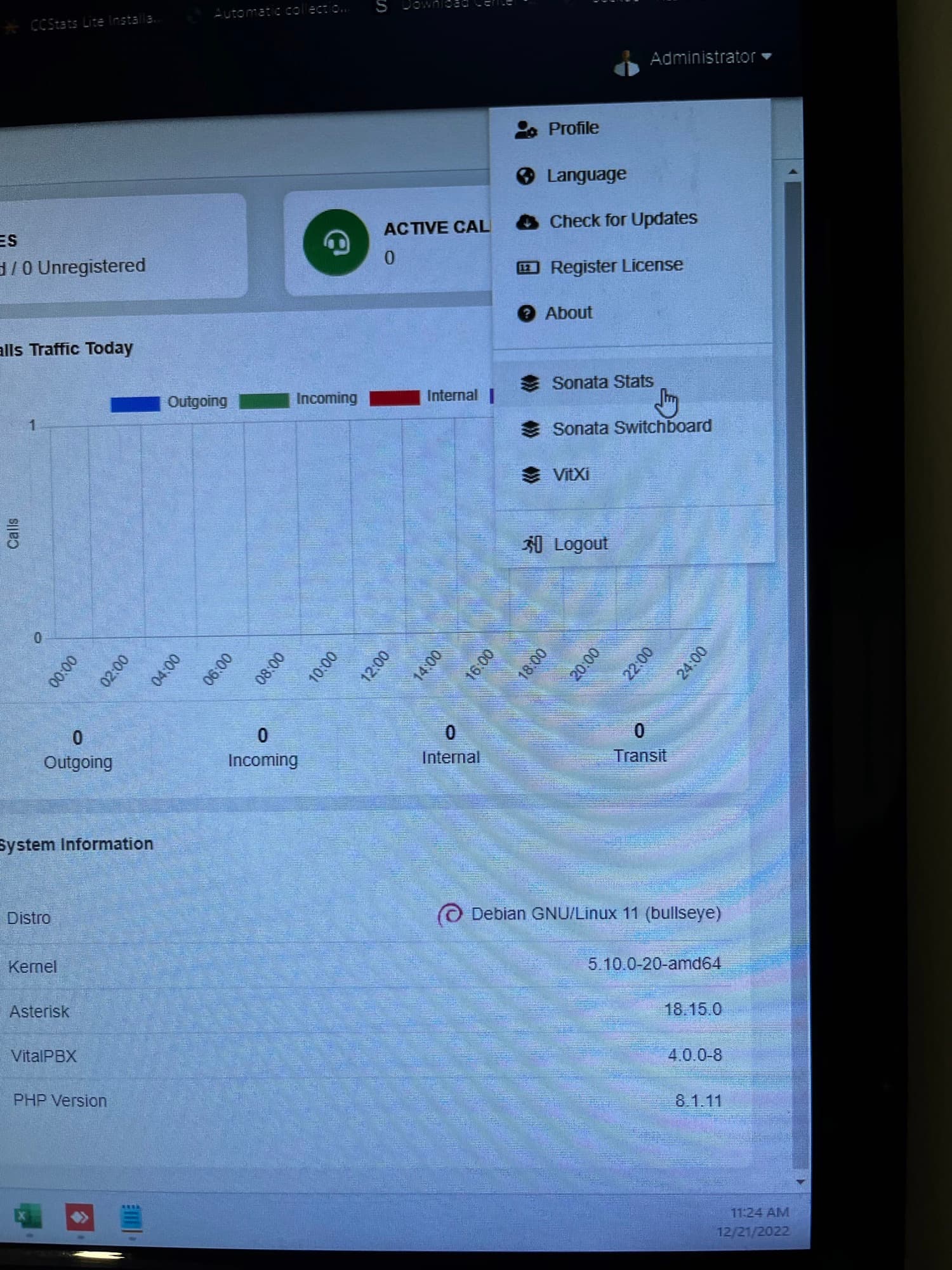 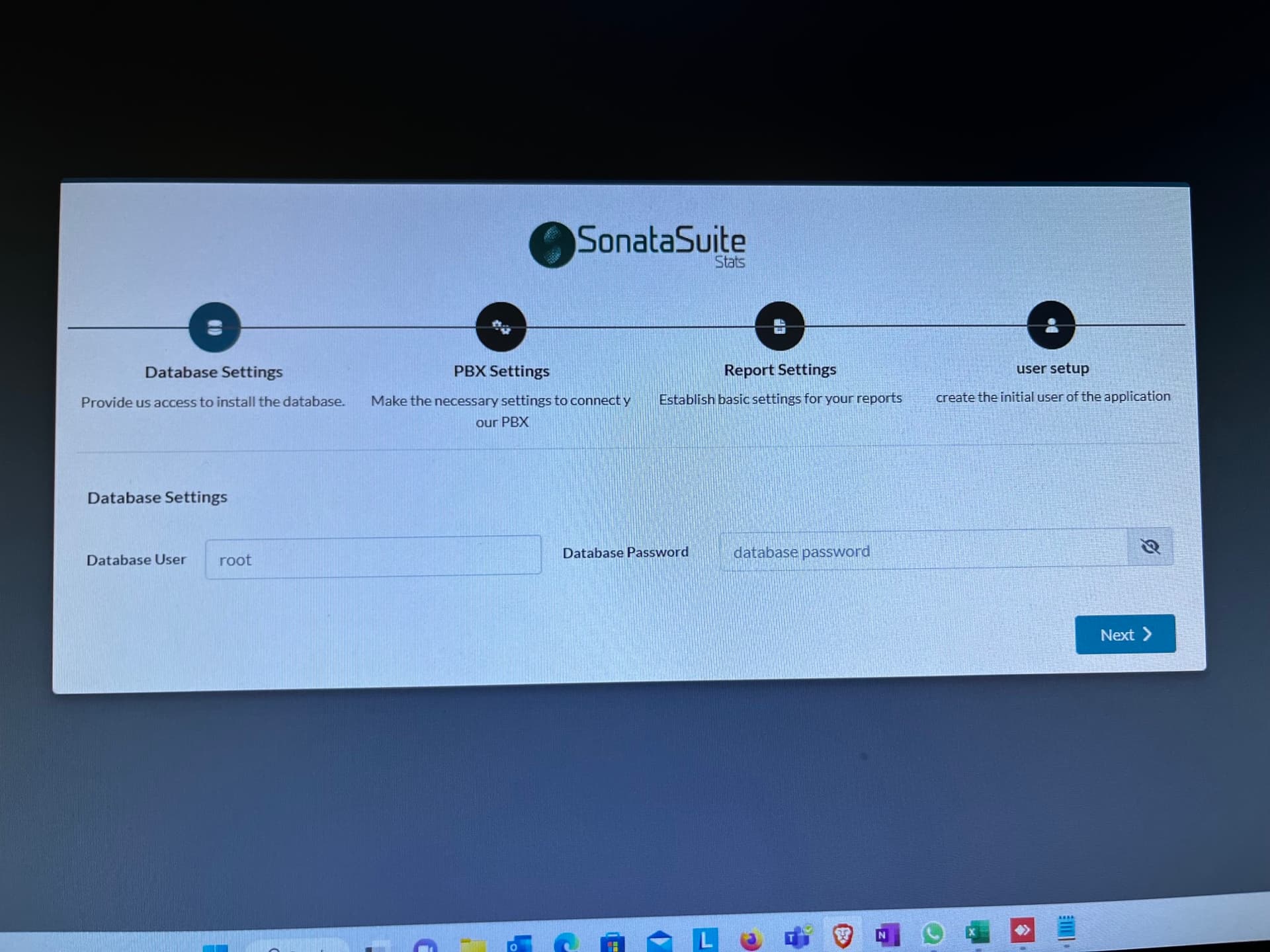 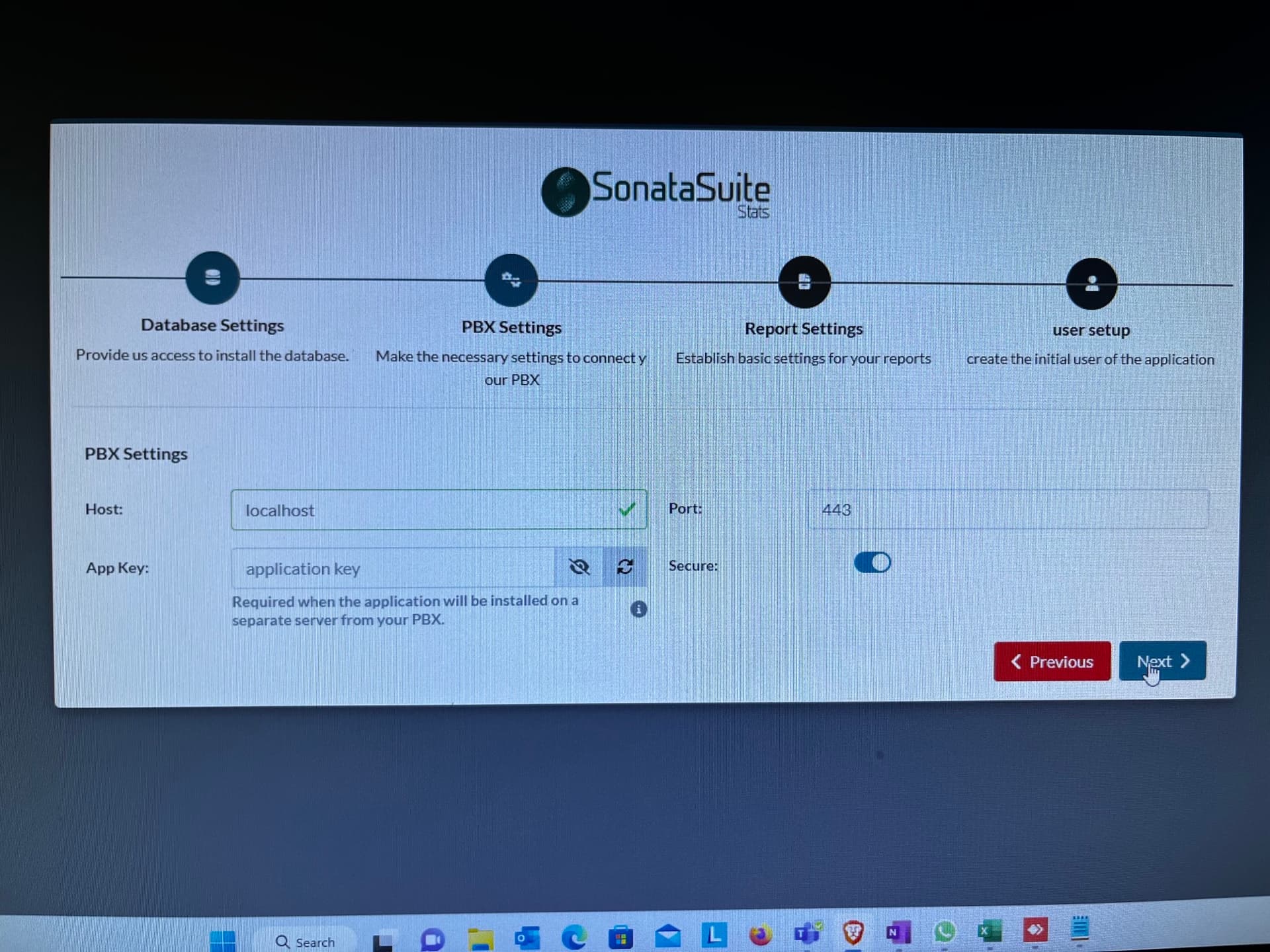 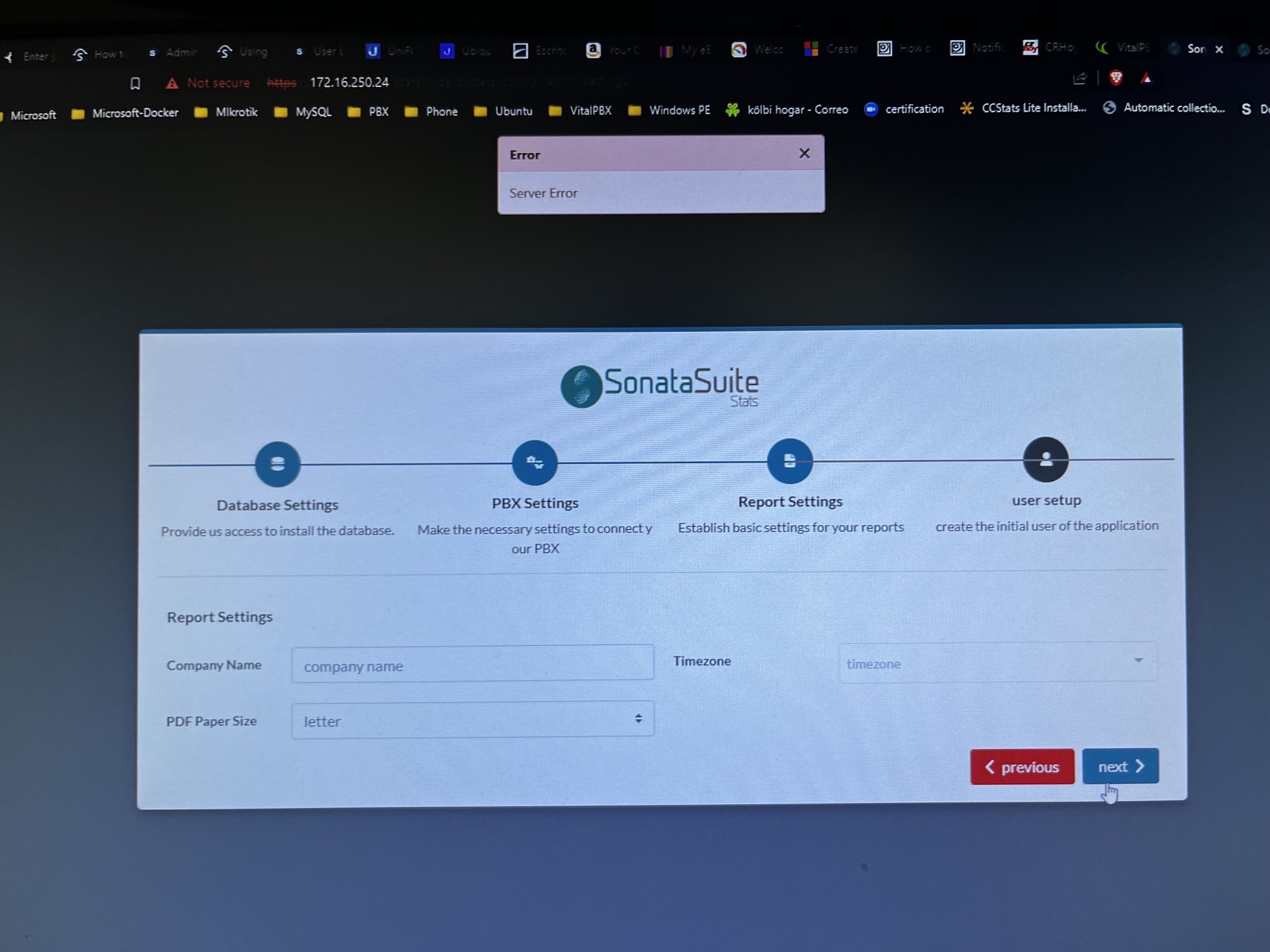 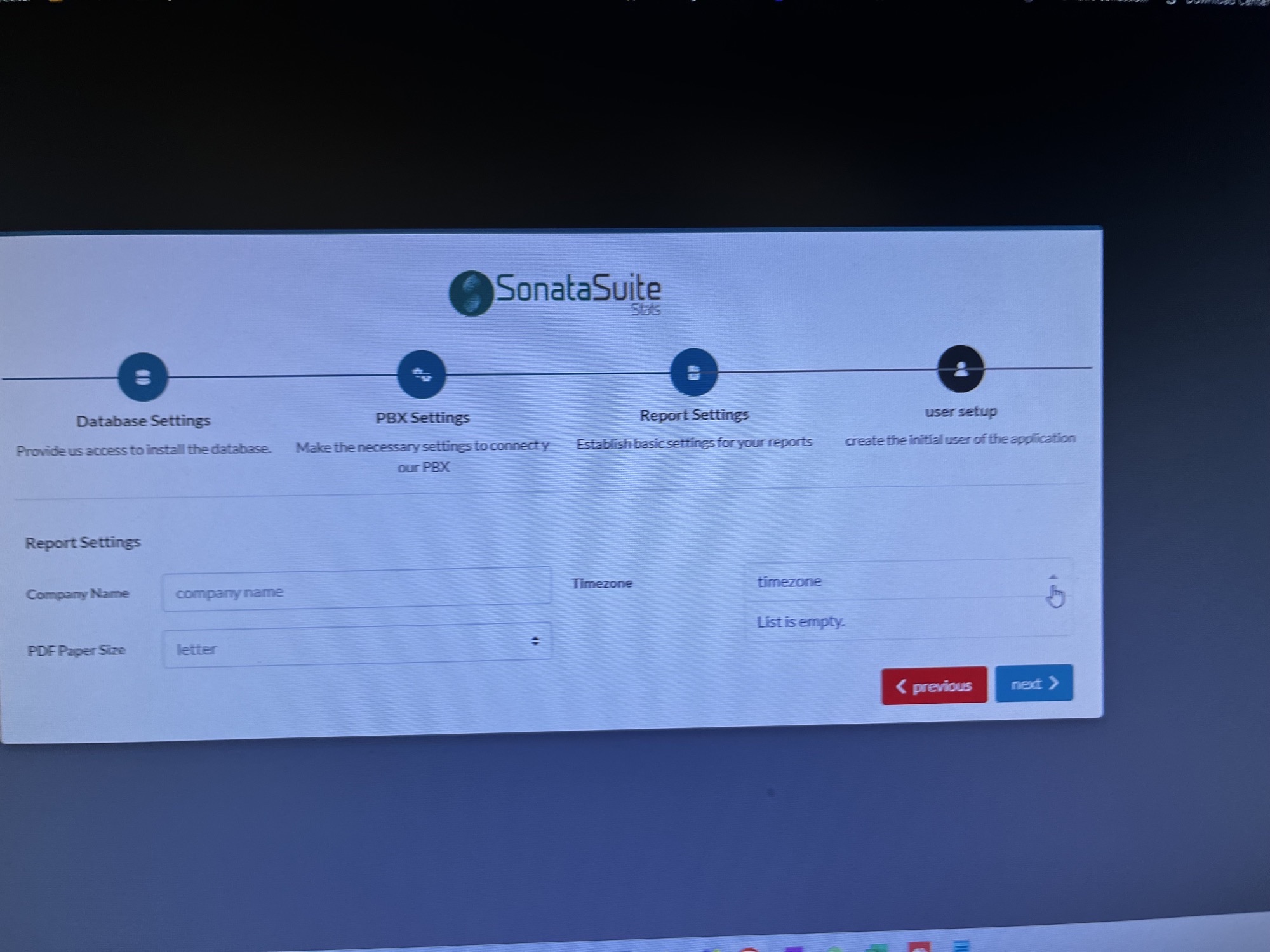 If you need to check the logs let me know which ones you need.

Try doing a clean install of the Sonata Stats add-on

If I do a clean install, we don’t have a problem. We are able to pbx teh setup screens and able to use the app.

We would have to see next updaet to see if happen again.

Like I mentin before there is another system we need to update Iet you know if we get any messages during the update.