Fanvil released v2 of models X3U, X4U, X5U, X6U which from a ticket with support use a different firmware than the original v1 version.

As en example, firmwares of the X4U appear in the same list thoug the version does specify a V2 version for the new ones. 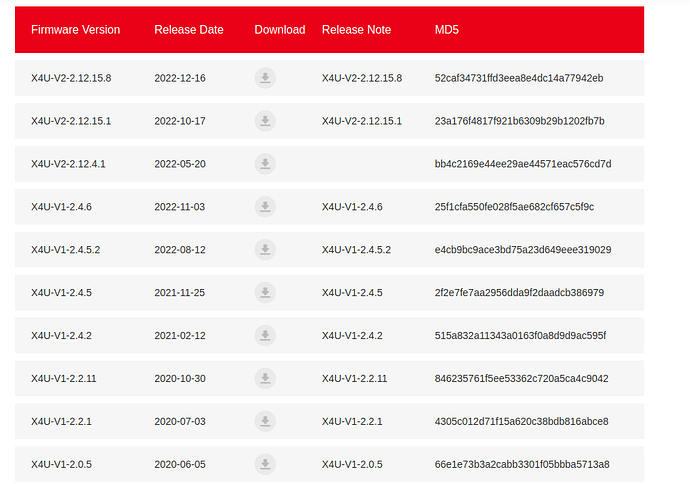 Without the v2 models being listed, firmware management as its currently set will be harder when clients have v1 and v2 models.

Other then the firmware the same in provisioning?

Is V2 faster on boot or what have you found out on differences?

Yeah so far, I have been the same template I use for the v1 XxU models without trouble, havent noticed any other difference.