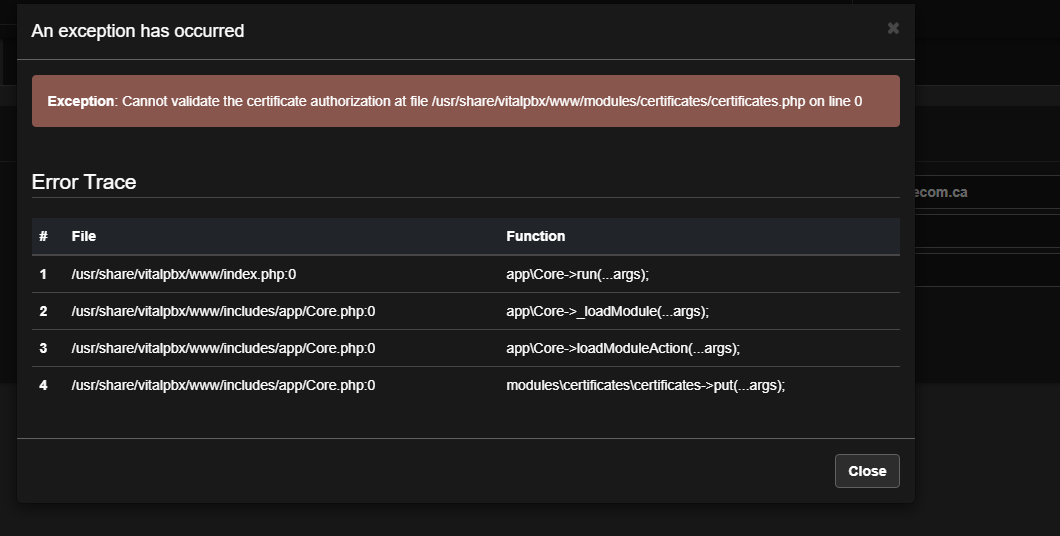 Run the integrity check command and make sure that you properly forwarded ports if you are behind NAT.

PitzKey: thanks for your reply, I ran that command but only had this.
The folder or file “/var/lib/vitalpbx/static” had the group “asterisk” instead of “apache” (fixed up)
Still not able to renew lets encrypt.

After checking the ports again i relized port 80 was not completly open, I thought only port 443 needed to be open, after opening port 80 the lets encrypt updated and the firewall & geofirewall is still on.