Can you explain what you mean that it does not work anymore? What are you trying to do? Any errors?

Also, V2 has not seen any updates in a while, please upgrade to V3.

Yes, can you show the errors you get? I recommend you upgrade to v3

I advise you to update your vitalpbx installation to the latest version.

I said it was the latest version 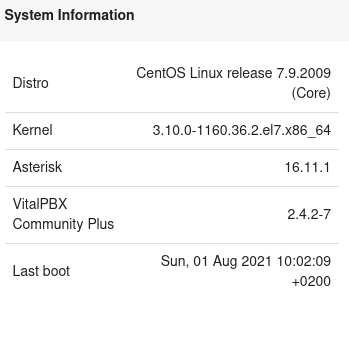 Can you please tell us exactly what steps you took and at what point it fails?

I am not sure why you removed that picture, but it seems like your server is running out of space.

It indeed was, … didn’t get a proper look before of the error it always went away before I could read it. So I removed some backups and indeed it was apparently it was out of space. Wanted to verify before I confirmed.